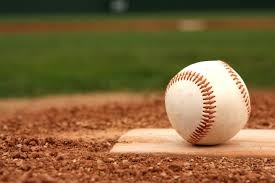 Cancellation of games due to bad weather will not be made prior to three (3) hours before game time, and in many cases, may be made as late as game time. Make up games will be rescheduled as soon as possible.

The use of any tobacco product is prohibited in the dugouts or on the playing field.

Any call by an umpire that is solely a matter of judgment and does not involve a rule interpretation is final.

Any protest will require a fee of $100, which will be refunded if the protest is upheld. All protests must be made in writing. Protests and fees must be presented to BAAB within 24 hours. No judgment call by an umpire may be protested.

Any manager, coach, player, or parent who is ejected from a game must immediately leave the playing field and proceed to the parking lot. That person will not be allowed in the dugout or on the playing field for at least a one game suspension (the next game). All ejections will result in a review with the BAAB board within 24 hours to determine if further action is required.

All players, managers, coaches, and parents are responsible for picking up and disposing of all trash in the dugout and spectator areas of the field after every practice and game.

Each team will furnish the umpire one (1) new, league approved, baseball appropriate for each game.  Each team should also have two (2) additional balls in good condition available if needed.

Players must furnish their own bats and batting helmets (with face mask for all age groups except Colt and GGBL), both of which must comply with league standards.

USA 2018 or 2019 Baseball Bats can be used in any BAAB league or tournament play. Bats NOT meeting the USA Bat Standard, must still comply with the USSSA  Bat Performance Factor (BPF) of 1.15.

Wood Bats are required in our PeeWee League and are approved for use in all of our other leagues.

All 2-3/4”barrel bats are PROHIBITED in our Peanut, Tee Ball, and Pee Wee leagues.

2-3/4” barrel bats are ALLOWED in Minor, Major, Pony, and Colt leagues but must be stamped with either USA Baseball or USSSA BPF 1.15.

All catchers must wear a chest protector, protective helmet with mask and throat guard, shin guards, and protective athletic cup.  A throat guard is required for all types of catcher’s helmets, excluding the “hockey-style” helmets.

All players must wear a team approved uniform and cap for all games. No player may wear metal cleats (except Colt or GGBL players) or jewelry.

All offensive players leaving the dugout for the field area must be wearing a helmet and must continue to wear the helmet until they are back in the dugout.

Manager Certification
Every Manager must attend a baseball/softball coach’s certification clinic by the start of the regular season in order to remain eligible to manage.  It is recommended that all Coaches attend these clinics as well.

If a Manager does not fulfill the above requirement, they will not be approved by the BAAB Board as a manager or coach the following season.

BAAB will provide opportunity to attend a clinic sponsored by BAAB each year.  Generally, the clinic will be held before the regular season starts.

There is no mercy rule for regular season games.  If there is time left on the clock, play will continue regardless of the score.  In tournament games, a game can be called complete at any time that it is mathematically impossible for the winner to change.

Any game that could determine a tournament champion can be played in its entirety with no time limit at the discretion of the League Director.

Each team will be allowed a minimum of five minutes of infield warm-up before a game once the fields are ready for play and the teams have had reasonable time to access their dugout.

Sliding to reach a base safely will be allowed for all age divisions. Slide attempts must be made to reach base only. No head first sliding will be allowed except when a player is not wearing a helmet with a facemask. Any slide, which in the judgment of the umpire, is made to “take out” a defensive player will result in the sliding player being called out and possibly ejected from the game.

The slinging of a bat in a fashion that, in the umpire's judgment, could cause injury to other players shall result in the offensive team being warned that any further incidents by any batter shall result in that batter being called out for Minor league and older.  Such a play would be a dead ball situation and no runners shall be allowed to advance.  It will be a per-player warning in Tee Ball and Pee Wee.

Rosters exchanged prior to game start should include all starters and potential substitutes. If a player that is listed on the roster arrives after the start of a game, they can be placed in the game only if they bat at the end of the batting order (unless an out was taken in their original slot).

Each team will have a fifteen (15) minute grace period to field a minimum of eight (8) players.

Players may shout encouragement or chatter to their own teammates. Opposing players should not shout any comments toward the other team.

No player will sit on the bench during consecutive innings (exceptions include illness, injury, discipline, or other circumstances that have been communicated to the opposing manager).  All players will play a minimum of two (2) defensive innings per game (6 outs) when mathematically possible. Each player will bat in a continuous batting order. Batting order does not change for defensive substitutes. There is no penalty if a player has to miss a turn due to injury or other legitimate reasons. Intentional violation of this rule will result in a forfeit and the manager being placed on probation. The opposing manager should be notified before the team bats.

Teams with less than 9 players can use as many as 3 pick-up players to complete a 9-player line-up.  The players must be a registered Brookwood player from that age group or younger.  A pick-up player must exit the game if a regular team player arrives to replace him.  A pick-up player can be added at any point through the third inning of the game.  The opposing team has an option to provide a pick-up player if no other pick-up player is available.  If both teams are playing with only 8 players, neither team will be required to take an out for the 9th batting slot.  A pick-up player cannot be added to replace a player ejected from the game.  Pick-up players are not required to wear matching jersey.  No pickup players are allowed in post-season tournament.  Every effort will be made to complete post-season games with the original roster. If this is not possible, pickup players will be allowed, if both managers agree. This rule is implemented to allow players who show up to have the opportunity to play ball.  It will be expected that all managers will abide by the spirit of the rule and not abuse it.

Umpires will enforce and interpret Local rules. Umpires will use judgment in deciding safety issues regarding play. Rules not specifically covered herein will automatically revert to the most current Major League Baseball rules.

All managers, coaches, and players are to conduct themselves in a manner consistent with the Brookwood Baseball Code of Conduct. Any manager, coach, player, or parent who is ejected from a game must immediately leave the playing field and proceed to the parking lot. That person will not be allowed in the dugout or on the playing field for the remainder of the game. Any manager, coach, or parent who is ejected will also incur at least a one game suspension (the next game). All ejections will result in a review with the BAAB board within 24 hours to hear an appeal, or to determine if further action is required. Any infraction which results in an ejection from a game will also result in an automatic one game suspension for that person. A second ejection can result in suspension for the remainder of the season following a review by the BAAB Board of Directors.

Anyone who charges an umpire or does not request and receive a timeout from an umpire, or displays unsportsmanlike conduct may be ejected from the game.  If ejected, the person must leave the immediate playing field and the stands area within two (2) minutes.  Failure to leave the area, or causing additional disruption, may result in the forfeiture of the game.